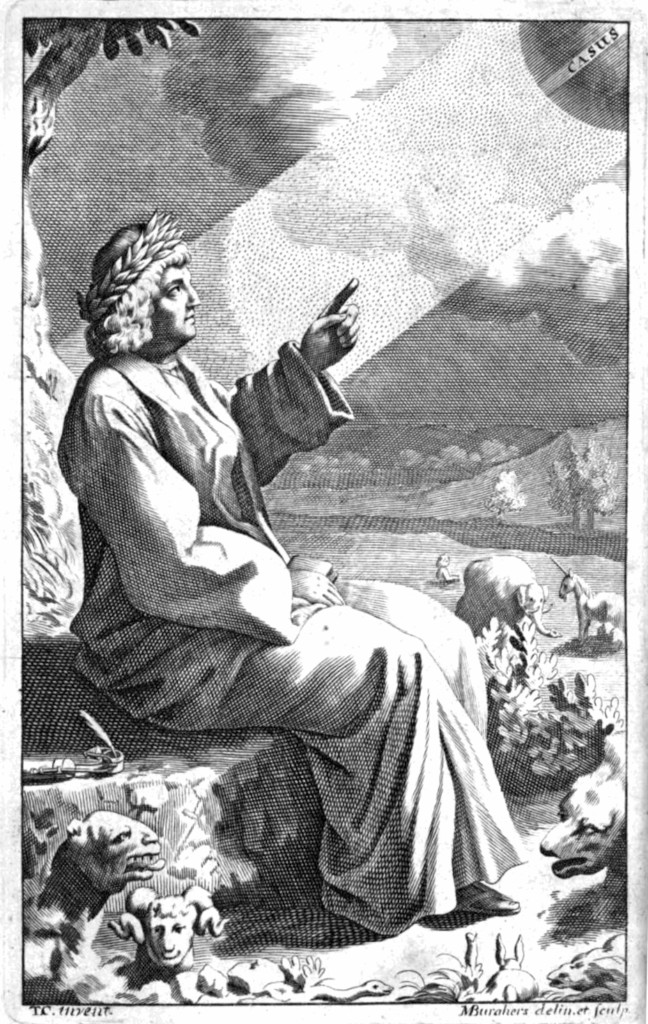 Lucretius on Matter and the Void

In Book I of On the Nature of Things[1], Lucretius provides arguments for the existence of two main things that exist: matter and the void. Further, he argues that there are no other types of things besides these.

First, Lucretius asserts that matter is known to exist by means of sensory perception. We see matter, we interact with it, and thus it must exist. He argues immediately for empiricism by saying that sensory perception must be the “unshakable foundation” (423) from which an epistemology begins. Otherwise, he says, any talk of what is unseen is meaningless, for it is only in contrast with sensory perception that we can reason about anything that is outside of our view. That is, we cannot make any sense of talk about what is hidden from view without having a view in the first place, and thus what we see in our view must be the case. So, matter exists.

Secondly, we observe some important traits about the matter we see. First, it is always situated somewhere. Second, it can be moved from one location to another. Both of these require the existence of space, what he calls the void, for things always move or are located in something. Lucretius refers back to a few lines before this passage[2], in which he has argued that without space existing between material objects, their force of obstruction would constantly be acting upon each other and there would never be movement at all. He also, in these earlier lines, anticipates an objection on the grounds that fish swim through water seemingly unobstructed. Here, Lucretius argues that water must give way and create space for the fish, thus in order for there to be movement the space must be ontologically present, in modern terms.

Next, Lucretius argues that there must be nothing else besides matter and void. His reasoning is simply that anything else that one may describe, in an effort to posit a third constituent of being, can be shown to be either matter or void. This is done by Lucretius by asking whether or not this new entity is tangible. If it is, and is “susceptible of even the lightest and faintest touch” (433), then it must add to the aggregate matter of the universe and thus count as matter itself. If it is not tangible, however, then it is nothing but “that empty space which we call void” (438). This amounts to the claim that everything exists is either tangible, and is therefore matter, for everything that is tangible is matter, or is intangible, and is therefore void, for everything that is intangible is empty space, that is, void.

Lucretius’ argument for the existence of matter is an ontological an epistemological argument, stating that matter must exist because we cannot meaningfully talk about anything besides matter without first admitting matter into our ontology. However, it is somewhat anthropocentric in its approach, since it relies on what human beings, or perhaps any sentient being, can talk about or count as existing, not what fundamentally exists independently. In this sense, Lucretius is merely categorizing entities into two groups, based on whether or not they are tangible. Since everything is either tangible or not tangible, due to the laws of non-contradiction and the excluded middle, everything can rightfully be said to fall into one of these two categories.

One can rightfully be sceptical of Lucretius’ claim that everything that is intangible is empty space. The tradition of philosophy before and after him posit many so-called intangible objects which are thought to be more than the void. Among them are the forms, or universals, which are thought by Plato to have greater reality than material things. Meanwhile, talk of God or gods both before and after Lucretius often involves an immaterial but certainly active being. Lucretius goes on, beyond this brief passage, to deny that anything can act upon matter without being corporeal[3], but more work must be done to overthrow alternative thought on this matter.

Yet, we can still praise Lucretius for a simple but elegant approach to two formidable views. The simple approach to an epistemological foundation predates the rampant empiricism of the modern era, and even reminds one of Quine’s naturalized epistemology in its reductionist (and dismissive) approach. The view meanwhile that space counts as some entity in itself, and is needed for the situation and locomotion of matter is one common in modern science, if still debated. One can easily read contemporary developments into Lucretius’ ancient words.

Leibniz: The Best of All Possible Worlds
Leibniz: Space as a Relation and Absurd Otherwise