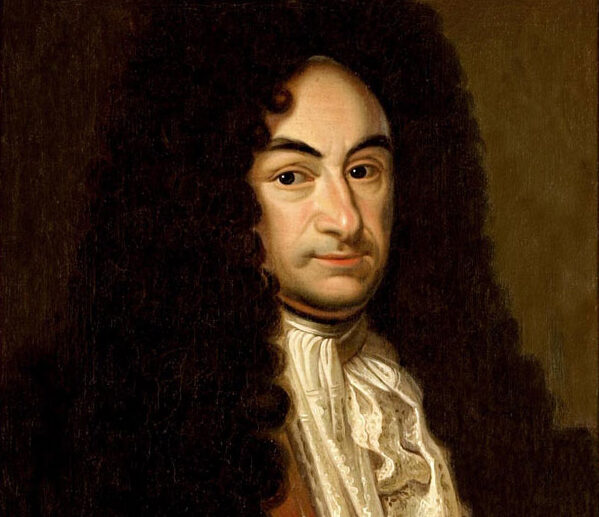 Leibniz: Space as a Relation and Absurd Otherwise

In his third letter of correspondence with Samuel Clarke, Leibniz outlines his position on the nature of space. Contrary to Newton, and Clarke who defends him, Leibniz holds that space is “something purely relative” (14), that space is not a substance or a thing that exists, but rather the relationship between the objects it seems to contain.

In order to support this claim, Leibniz relies on his principle of sufficient reason, which  states “that nothing happens without a sufficient reason why it should be so rather than otherwise” (14). His axiom is essentially that nothing is arbitrary, and for Leibniz, this means that all things are the product of God’s reason. Leibniz’s argument proceeds by reductio ad absurdum:

If one accepts the principle of sufficient reason, it seems that one is committed to accepting the argument. Leibniz argues that as long as space is an absolute entity, it is impossible to imagine that the placement of objects within it is anything but arbitrary. The contents of the universe could be rotated by infinitely many degrees inconsequentially, and the reason that it takes any particular orientation cannot be explained causally. Notably, this does not entirely depend on Leibniz’s metaphysical claims about God. Although, for Leibniz, it is through God’s reason that things happen, the principle of sufficient reason can also be interpreted as referring to causality, claiming that nothing is uncaused, entirely spontaneous or arbitrary.

Hence, if space is absolute then the orientation of matter within it is arbitrary. This directly contradicts the accepted principle, and so space must not be absolute.

The fact that such rotation in the universe’s orientation would not cause changes to the physical universe is also mentioned by Leibniz, who asserts that the difference between orientations would be indiscernible (14). As Leibniz points out in a later letter, to “suppose two things indiscernible is to suppose the same thing under two names” (22). If all predicates corresponding to one object also correspond to another (that is, two objects share identical properties), then those objects are identical. This principle is one of second-order logic and can be symbolically represented as:

Since there could be nothing said about one orientation that differs from another, where a and b are any two universe orientations,

The identity of the different universe orientations prompts Leibniz to write that “there is no room to inquire after a reason for the preference of one to the other” (15). This can be taken to mean that the very notion of absolute space is therefore meaningless, since we are left with infinitely many configurations and no reason to prefer any one.

Lucretius on Matter and the Void
Sextus Empiricus: No Definition of Man