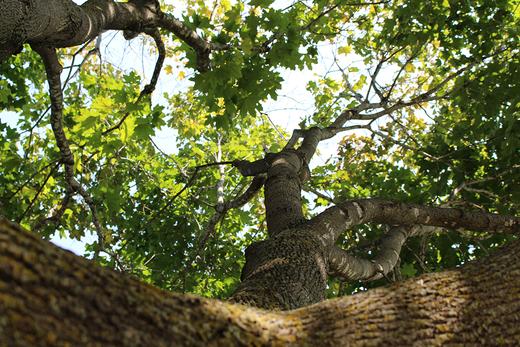 Are beliefs or delusions characteristic of obsessive-compulsive disorder?

This continues in DSM-5, where it is marked as important that “obsessions are not pleasurable or experienced as voluntary: they are intrusive and unwanted” (300.3, 238). In DSM-5, however, the poor-insight specifier is now accompanied by specifiers for “good or fair insight” and “absent insight/delusional beliefs”. These categories are now defined by how the individual views the beliefs over which they obsess, or to which they react with a compulsion. The good/fair insight specifier is to be applied when the “individual recognizes that obsessive-compulsive disorder beliefs are definitely or probably not true or that they may or may not be true”. Individuals with poor insight are now said to think their relevant beliefs are “probably true”. Finally, the absent-insight/delusional specifier is for individuals who are “completely convinced that obsessive-compulsive disorder beliefs are true” (Ibid. ,237).

This change in the specifiers, which now classifies insight with respect to attitudes towards beliefs, is curious. In DSM-5, the diagnostic criteria for obsessive-compulsive disorder, outside of the specifiers, does not mention beliefs at all; obsessions are defined as “thoughts, urges or images” that the individual attempts to ignore or suppress (Ibid.). Beliefs are only applicable to the specifiers, where it is pointed out that many “individuals with [OCD] have dysfunctional beliefs” (Ibid., 238)

The DSM-IV notes the difficulty in demarcating between delusions and OCD symptoms:

The boundary between Obsessive-Compulsive Disorder (especially With Poor Insight) and Delusional Disorder can sometimes be difficult to establish. The ability of individuals with Obsessive-Compulsive Disorder to recognize that the obsessions or compulsions are excessive or unreasonable occurs on a continuum. In some individuals, reality testing may be lost, and the obsession may reach delusional proportions (e.g., the belief that one has caused the death of another person by having willed it).   (DSM-IV-TR, 297.1)

The literature has some interesting comparisons between delusions and beliefs, namely in the goal of determining whether or not delusions are beliefs. G. E. Berrios, for instance,  argues that delusions are not beliefs. Instead, he says they are “empty speech acts” and calls them “epistemologically manqué”. He goes on:

They are not the symbolic expression of anything. Its ‘content’ is but a random fragment of information ‘trapped’ in the very moment of the delusion becomes crystallised. (Berrios, G. E., “Delusions as `Wrong Beliefs’: A Conceptual History”, _British Journal of Psychiatry _159, suppl. 14 (1991)).

This seems incomplete; delusions are sometimes acted on through both verbal and non-linguistic behaviour, often for an extended period of time. A patient who has some delusion_ P_ acts as if P were true, just as one with the belief that P would. This seems to contradict Berrios’ implication that delusions lack propositional content. In fact, Berrios’ conclusion seems quite like behaviourism in general; the lack of access to the patient’s subjective thought has led to the conclusion that there is no such thought to speak of. The difference between Berrios’ conclusion and behaviourism generally is that Berrios’ subject has a more scattered, less coherent report of their internal thinking. To deny that such thinking is present might be an overly strong conclusion. We might argue, instead, that even though delusions are not beliefs, they are not devoid of content.

Jaspers says that primary delusions are “ununderstanadable” in the context of the patient’s preceding experiences. But understanding is itself a continuum, not a binary notion. Hence, the less understandable an idea is, the more delusional it likely is. For Jaspers, delusions are irreducible to prior thinking; they are not the product of reflection.

This, too, makes delusions quite unlike other beliefs, and it leads Jaspers to conclude that delusions are not really beliefs at all, but rather experiences. They consist of immediate “intrusive knowledge of meaning”. Now, whether or not the idea that “knowledge” here implies some kind of belief is a topic for a whole industry of philosophical thought, but the idea here mirrors a take on beliefs that David Hume held: that beliefs themselves were feelings towards ideas. If we want to retain the idea that beliefs are ideas themselves (a belief can be true or false), we get the idea that delusions are not really beliefs, but a much more primitive feeling that a certain propositional idea is true.

This seems to suggest that, in OCD, any obsession, more broadly, is a feeling towards some propositional content. This gives us the spectrum of possible obsession as the intensity of feeling towards some “thought, urge or image” — not as the thought, urge or image itself. This is where DSM-5 goes astray; the identification of an obsession with its focus gives the obsession itself propositional content, at least in the case of thoughts.

In the case of a thought, there is propositional content there, but it’s what the obsession is directed at. A mild obsession is likely a worry that P might be true. A more severe obsession is a stronger feeling that P is true. In both cases, obsessions include some thought, but the obsession itself isn’t a proposition. Urges, on the other hand, are feelings, and so it seems that an obsession probably could be an urge, but an urge is an urge to do something. Just as with obsessions, it is directed at something. Finally, with images, the image would be the focus of the obsession; as with the propositional thought, an image is something that the patient is presented with and has some kind of feeling about, ranging from a mild unease to a more severe repulsion.

Is the DSM-5 wrong to call obsessions “beliefs”, then? If we listen to Hume, no: beliefs and delusions are both feelings, and so the obsession is a feeling about something, like a belief or a delusion is a feeling about some idea. If we listen to Jaspers and Berrios, there’s a more important distinction between beliefs and delusions, and so obsessions, while possibly delusional, are not really beliefs. We can quibble about that all day long, but a sloppy definition of an obsession in the DSM-5 is what leads to this sudden, odd appearance of “beliefs” in the specifiers. Tightening that up is likely to be clinically valuable, as it adds clarity to the issue. Thoughts and images occur to most of us, and there exists a wide spectrum of feelings we can associate with those thoughts or images. Those feelings are obsessional when they are feelings of worry or certainty, when the patient is unreasonably preoccupied with the object the feeling is directed towards, and when the feeling is unreasonably strong.

‘Just in case’: if and only if?
Please Stop Touting the “Data Scientist”