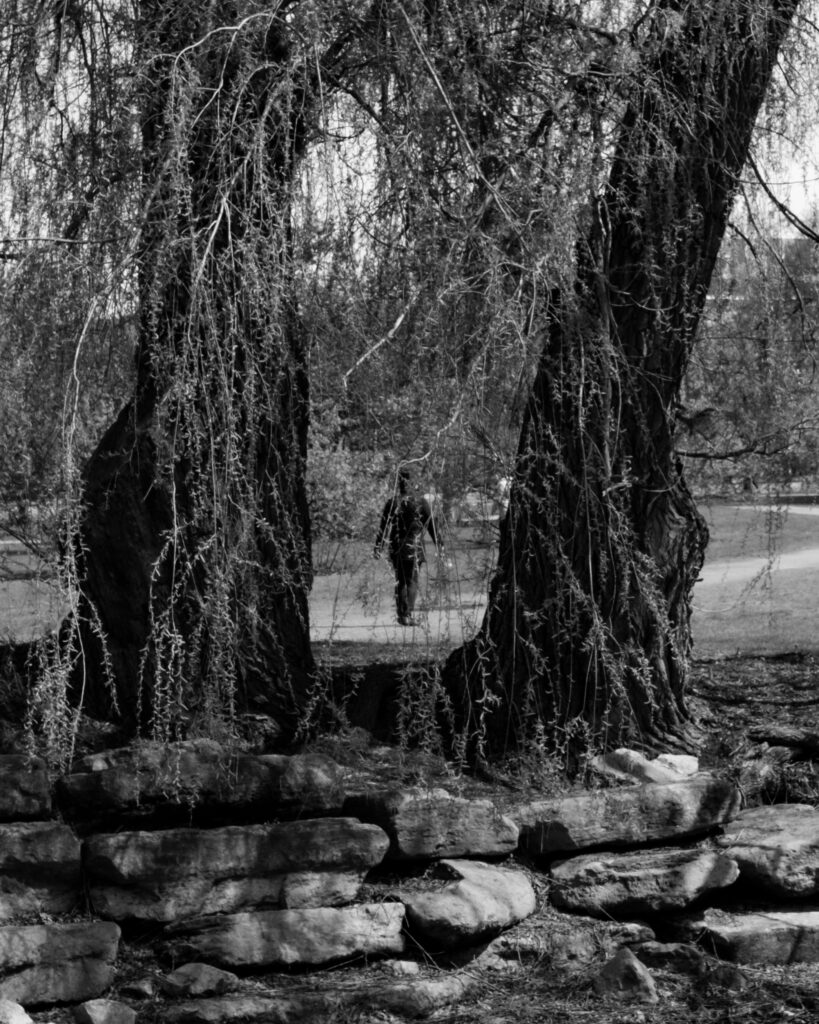 Much street photography portrays simplicity. Shapes and silhouettes cut out the noise and isolate a subject against a backdrop. The images are often beautiful, but they have never really been my own style because they seldom represent what the eye sees. That’s not a criticism and I enjoy it as an audience, but even in my monochrome work, which is not what my eyes see, I do like to convey a sense of reality.

Reality here in Ottawa is messy. It’s a clean city, as far as cities go, but the city blurs lines: between old and new, urban and rural, between various languages and cultures. Many cities do some of this, but Ottawa is often painted as a government town with a monotonous lifestyle, and while we aren’t at the scale of Montréal or Toronto, that’s also oversimplified.

The urban/rural blend is something I often show. My “street” photography can lack streets because people here often traverse a variety of environments in daily life. We have an active farm—used for agricultural science—in the middle of the city. Our suburbs are behind a buffer of farms and forests with recreational trails to explore in all seasons. We have beaches and swamps and hills and open fields, all a stone’s throw from homes and shops and restaurants. We aren’t exactly NYC, but squeaky-cheese poutine and Lebanese falafel and Vietnamese soup and all sorts of other deliciousness can be found in a heartbeat and enjoyed moments later at a picnic.

Many have come to appreciate these outdoor spaces much more during the pandemic. Walking briskly through parks is one of the only things we are currently allowed to do outside our homes. So, when I capture life here, it’s often on streets but it’s also often on trails, in parks, or on a canal or river or toboggan hill. I associate it with street photography because it’s a candid reflection of life. Here, the backdrops vary, and that’s pretty decent.

We are each a place in the world
Some Cinematic Montréal